What is in a name? – or – Remembering Mave 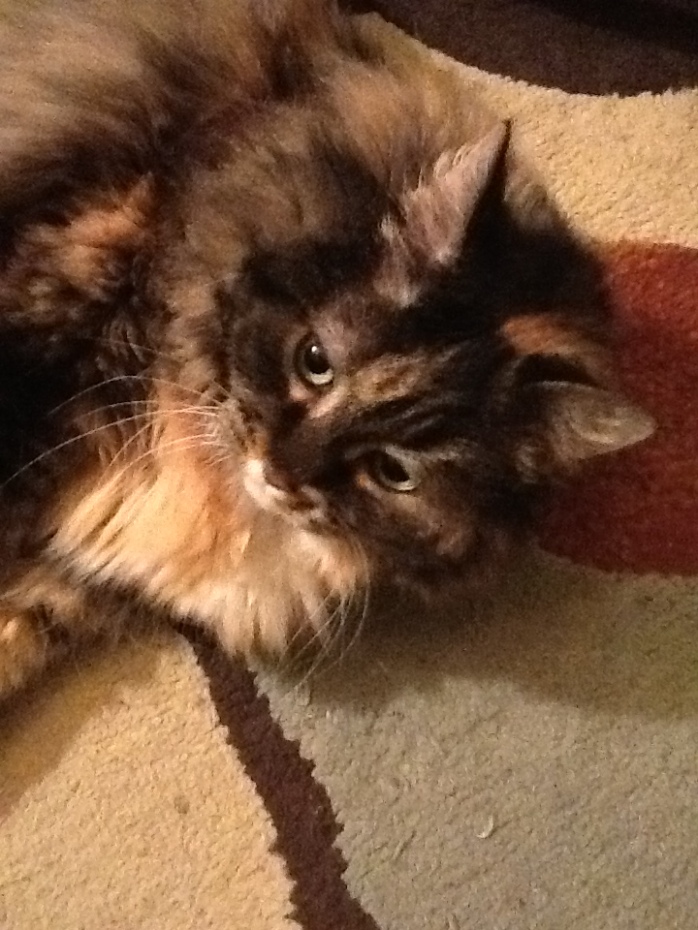 When I first saw Mave, I was in a state of panic.

My friend Christine, who lived two blocks down from me, called early that morning: “You’ve got to come down here, quickly!”

“What’s wrong? Is it Shannon?” The cigarette I had in one hand remained unlit. The coffee I had on the table beside me grew cold, time stood still. Shannon was Christine’s then one or two year old daughter. Or maybe three, I can’t remember now, it’s been too long. She was old enough to walk around and talk, so probably three. “Is she okay?”

“Just get over here. Hurry up, just hurry.” Christine said irritably. The line went dead. It was Canada Day. I had been expected at Christine’s later that afternoon and the day was already hot with moisture.

I dressed as quickly as I could and even went out the door without brushing my teeth, something I don’t normally do. I arrived at Lee’s place a scant ten minutes later and out of breath. I found Lee in the back garden of her house. She rented the bottom floor and had run of the back deck and yard. She was growing tomato plants that year.

Playing in amongst the leaves (the plants were growing, but not doing very well) was Mave. She was a little ball of fluff on four legs and she was chasing something, probably her own shadow. She was having a good time doing it, too.

“She’s probably six or eight weeks along.” Christine said. “The cat across the street in the boarding house had a litter of kittens again. When the cats get old enough, they chuck them out.” She motioned to the kitten. “I found this one under the porch this morning.”

“Well, I went out to have a smoke and I heard some meowing under the porch. So I went down on my stomach and crawled in. I found this one stuck under the rocks that are beneath there.” She lit a cigarette now and passed it to me, then lit one for herself. “I just pulled her out. Such a small meow-she needs a good home, you know.”

I really didn’t think about it. I should have. At the time, my boyfriend was very ordered. He didn’t like disruption’s to his routine and also didn’t like it when I did things impulsively, which I happen to do often. I knew that bringing home a kitten would raise some kind of a ruckus, but it didn’t matter. I knew she was mine.

So I emptied out my bag (at the time, it was one of those one shoulder messenger bags that were popular. Mine was silver and it was from the GAP. Always the fashionista, I guess) and put her inside of it. I was wearing my bag on the front with the strap around my neck so I could hold her on the way home. She later peed on it, perhaps out of fright and I could never get the smell out-but that’s beside the point.

When I got her home, I put her down on the floor. I hadn’t named her yet and I had no idea what to call her. I watched her for a bit, waiting to see what she would do. There was no cowering for her, no hiding under the table or running to cower under the bed.

She happily pranced around the living room, went under the couch and around again, leaped up onto the arm chair, then ran down to the kitchen to the bathroom. I just stood and watched her. The little kitten explored the bedrooms, leaped up onto the bed, smelled for which pillow was mine, stepped upon it, circled around a bit and went to sleep, the sunshine turning her multi-colored fur alight.

I sat on the bed and petted her as she slept, or sort of. More of a happy cat doze thing, the trance state that humans are always trying to reach-it’s a cat thing I guess. I petted her fur and decided to name the feisty feline after Maeve, Goddess of Witches, fierce and unafraid of anything. She had just come right in as if she had owned the place. She seemed to have the soul of an inquisitive warrior.

It also helped at the time that I was reading a Maeve Binchy novel-I had recently finished reading Evening Class. I had also loved reading Circle of Friends and Light a Penny Candle. They were beautiful novels that told of hardships and happy endings. I figured that the kitten would be one of the latter, given her adventurous spirit.

I wanted to give her something a little different, though, if I was going to name her, something that could be hers. So I dropped an e and she became Mave.

Mave would later live up to her name. When I was taking a shower, she would later leap up to the window box from the toilet. If she was feeling extra adventurous, she would leap up and walk along the top of the shower ledge. We had one of those sliding glass door things and she would balance along and look down at you, even with the water spraying, always with something to say in her squeaky meow.

I was nineteen at the time, I’m 35 now so that makes sixteen years, at least if I’ve done my math right (of which there is a strong possibility I have not). Mave would have been seventeen this July. I thought I’d had her longer, for eighteen years or more, or perhaps it just seemed that way. I’ve had pets before, almost always cats, and while I’ve loved them, they were very independent creatures and didn’t much care that I lived in their apartment.

Mave seemed to need me though and I her. She slept at my feet when she was small enough to sleep between them (I sleep on my back) and then beside me as she grew bigger. On her side, we’ve been through one broken leg (which mended fine thank goodness), two litters of kittens (seven in total) and one mangled tail (still feel horrible about that) and lots of treats.

On my side, we’ve been through four major relationships, seven house moves and one marriage, a major career change and countless contract jobs, hundreds of short stories, scores of manuscripts, and more since then while I continue to work on my writing and my art. When she was younger, Mave would sit on my lap as I typed and would sit by me as I read. It didn’t matter where I was in the apartment, she was always with me. The character in my novel The Ghost Mirror is what I imagined Mave would be like, if she were human that is. So she lives on, even if she is gone.

She kept me company from 1994 to 2013, for sixteen (almost seventeen) years of company, love and locality. Mave was my constant in a life that moved and changed around me. She was my touchstone in things that did not make sense. She was possibly my best friend. I’m sure others would agree with that sentiment.