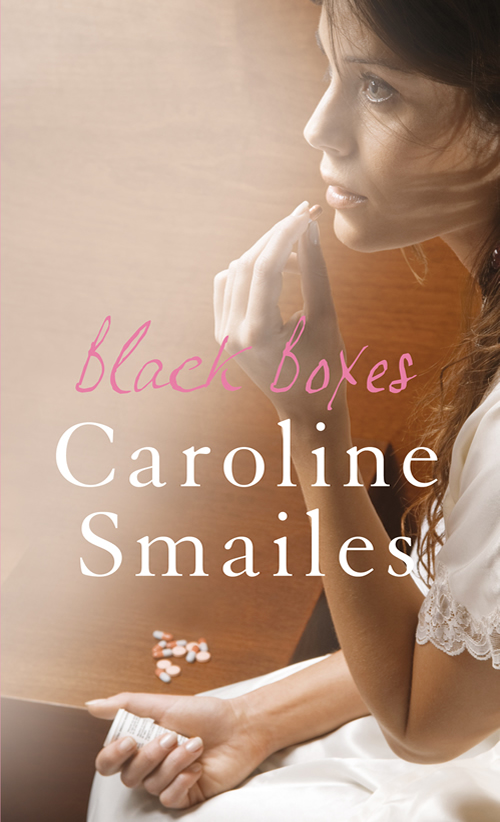 Ana Lewis is a woman on the verge of collapse.

When her lover Alex leaves her, Ana begins to fall into a spiral of depression that consumes her from the inside out. Avoiding the world around her, she instead cocoons herself inside of her room, ignoring the world outside of her bedrooms four walls. Inside her black box.

However, this means she is ignoring her two children Pip and Davey. They are both held within their own black box, their own seclusion. Without their mother to look after them, Pip must look after herself and her younger brother and find a way for them to survive in a hostile environment.

Ana, inside her black box, knows none of this. Medicated with sleeping pills and painkillers, she begins to meticulously piece her life with Alex back together in order to find out where she went wrong. She tries to piece together the puzzle that is her life in order to find solace. She must confront the demons of her past if she is to understand what she has become.

Pip must also confront her own demons. She suffers increasingly cruel torment from bullies at school. Ridiculed and shunned, she is made the brunt of jokes, of insults of assault. Not like the rest of the children at school, she is on the outside looking in on the life she wished she had.

When the two black boxes collide, the resulting crash will change their lives forever…

My meager plot description does nothing to capture the true story of Caroline Smailes novel Black Boxes. There is no way that I could come close to even capturing a tenth of the emotion, the power of the words or the beauty of the writing. The book is just too good to sum up in a few short paragraphs.

When I opened Black Boxes, I had no idea what to expect. I knew that the novel would be remarkably different than In Search of Adam, Smailes’ first novel. While both novels are incredibly different, both deal with the darker issues of life: pain, suffering, neglect, abuse, sex, death, secrets, suffering and redemption.

Black Boxes is not an easy read; but its impact reaches further because of this. Caroline does not shy away from the difficult and dark issues of life and I wouldn’t want her to. There is such a vibrancy and truth to her words, to Ana and Pip’s story, that the words themselves seem to live off of the page.

The novel itself is split into three parts. Parts one and three are Ana’s black box. Part two is Pip’s black box, her diary. For me, it was Pip’s voice that had the most impact. The torment she suffers at school and at home made me cringe. But it also made me want to keep her safe, to protect her. It made me want to wrap my arms around her and tell her that everything would be alright. The things that Pip goes through are so awful, so incredibly painful that you can’t help but feel your heart go out to her.

I had the same feelings for Ana. I found it difficult to like Ana at the beginning. She seemed like a horrible mother: she neglected her children and let them suffer, choosing instead to isolate herself from the world. But as I read more of her black box, as she told me more of her story, my heart went out to her too.

As much as I wanted to, I couldn’t hate Ana. Having never known love, having never known kindness, she was broken inside. How can you hate someone who loves someone else so completely but does not have enough love for themselves?

As the story unfolded, as more and more secrets were revealed, I was held spellbound by Caroline Smailes’ words. I was held pinned to the page and couldn’t stop reading. Though I knew that the book would end horrible (indeed, there is no other way for this book to end) I had to keep reading. I kept hoping that Ana would find peace, that Pip would be all right.

Though the story is dark, it is beautifully written. Indeed, what struck me most was Smailes’ use of language. Through out the novel, language plays a pivotal role in the development in the story. From the very first page, when we are given a definition of Context and Black Boxes, you know that this will be no ordinary novel.

Through out Ana’s story, she refers again and again to etymology. Not knowing what etymology was, I had to look it up. The dictionary defines etymology as: The derivation of a word, an account of the history of a particular word or element of a word or the study of historical linguistic change especially as manifested in individual words. You know that words have meaning for Ana, that language holds power for her.

Her daughter Pip also uses language. Pip and Davey communicate through sign language, a silent form of communication. Through out the book there are many words that are spelt out in hand symbols that spell out words in sign language. Don’t know sign language? That’s okay. Smailes has provided the complete sign language alphabet on the endpapers. The use of sign language is a pivotal plot point and gives such depth to the story. Though the words spelt in sign language are silent, they have more meaning because of this.

In the end, Black Boxes is without a doubt one of the most heart wrenching, harrowing, shocking novels I have ever read. It is also one of the most beautiful. The writing pulls you in and never lets you go, even after the last page has been read and the black box is closed. The words continue to haunt you well after the story is finished. More than anything, Black Boxes proves that happiness is indeed a state of mind.

Black Boxes is the best novel I have read all year. I laughed, I cried and I cried some more. And came away a changed person. Though Smailes asks a lot of the reader to read Black Boxes, every page, every word is worth it. I know that I will carry Ana, Pip and Davey with me wherever I go now, that they will haunt me. Black Boxes is one of those novels that, once you read it, you will never be the same.

Like Pandora’s box, once you open Black Boxes, it will be hard to close it once more.