Free Reads for the Holidays!

If there is one thing I love about the Holidays, it’s the chance to sit down with a cup of tea and read the new books that I (hopefully!) get each year.

I thought it would be fun to give you all something to read this Holiday season! So, I’ve made all of my Holiday novellas free for the Holidays!

Here’s a bit about each of them: 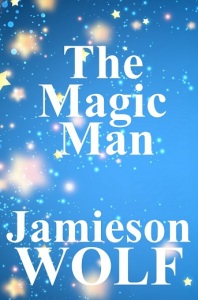 In the town of Inglewood Hamlet, there is a boy named Gustav who can create actual magic. He wanders the village, selling his wears. All he asks for in return are acts of kindness.

On the eve of Yuletide, with nowhere to go, he hides from the cold in an alley. He is alone but for the spirit of his Mama to keep him company.

He is saved by Liam, a man who recognizes Gustav because of the magic he has left behind…

You can read that story here:

Xander is an outcast at school.

He is often the victim of mockery and bullying. The other kids know that he is not like them, that there is something different about him. Instead of interacting with others, he sits inside and reads his books during his lunch period. While he reads, he is truly alive.

Remy is his only friend in the whole school. There is something different about her, too; but unlike Xander, Remy is out and proud and unafraid. She tells Xander there is no shame in being gay, that being yourself can set you free. Xander is unsure of what to do.

Then two things happen at once. Xander meets a boy named Alex and, when he does, the two keys he wears around his neck start to glow. Soon, Xander is faced with a choice: accept who he is and the chance at love? Or turn away from it all.

Thankfully, it’s Christmas and magic can make anything possible…

You can download Love and Two Keys for free here:

Lincon is living inside of himself.

Having lost his partner Xander three years ago, on December 24th, he is a shell of his former self. His only comfort can be found in a circle of stone where he can hear Xander’s voice. His friend, Dava, tries to get him to engage with life again, telling him that Xander would have wanted him to be happy.

Lincon is content to live out the rest of his life by not living. What he needs is a miracle. That miracle comes in the form of an angel. Those we have loved are closer to us then we could even dream. Having watched his lover drift further inside himself, Xander knows he must do something, but what can he do?

Gabriel is the one that tells him to find someone for Lincon, someone who shines bright. If Xander should find someone, how does he make sure they meet?

Thankfully, miracles do happen at Christmas…

The Magic of Stars

Though he lives in Inglewood Hamlet where magic is an everyday occurrence and his grandmother is the village miracle woman. Oscar still doesn’t believe in magic. Scientific facts are things that are proven, whereas magic has no quantifiable proof.

His whole world changes when one night, at his grandmothers urging, he wishes upon a falling star. “I wish I believed in magic…”

The next day, he meets a girl in the village named Laura. She seems unlike anyone he has ever met before. Even the snow seems to sparkle more around her. Though they have never met before, she seems to know him.

Little does Oscar know that Laura will change his life forever. Sometimes wishes do come true. It is Yuletide after all…

You can download this book for free right now!

Cleo and the Cats

Shortly before Christmas, Cleo is visited by a cat; it watches her as she sleeps from her bedroom window.

Cleo has the strange sense that the cat is watching her; more that it understands her when she speaks.

Soon, there is not one cat watching her but three.

To learn the secret of the cats, Cleo will have to learn there is still magic in the world.

There’s something here for everyone.I hope that all of you and yours have the most wonderful of Holidays. Happy Hanukah, Merry Christmas, Happy Yule, Joyous Festivus. Whatever you celebrate, I hope you’re surrounded by the ones you love.

Category: Free Reads, InfoTags: Cleo and the Cats, Love and Two Keys, The Greatest Gift, The Magic Man, The Magic of Stars