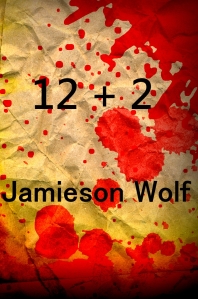 It’s that time of year again! Christmas and Yule are fast approaching and it’s started to snow!

Every year, I give away a novella for the Holiday Season.  In 2012 I gave away my novella 12. I had figured that it would be a one shot deal about a serial killer who took twelve victims during the 12 days of Christmas. Then I started thinking: what happened next? I left the novella open ended and wanted to find out what happened.

So in 2012, I gave away my novella 12 + 1, following Oliver as he came face to face with his daughter. I left that novella open ended as well, never planning to continue to a third novella. But here we are!

In December of 2013, I’ll be giving away my novella 12 + 2 and it’s the final novella in the trilogy about Oliver, the joy he brings to the Holiday Season and what happens to him this Christmas. You can now read the first two novellas for free in preparation for 12 + 2!

How awesome is that?

Here are the blurbs to get you going:

Oliver hates Christmas. He hates the fakery of it, the false joy that lifts everyone’s spirits. But only momentarily, only until the next box is opened, until the next piece of paper is torn away. But he is a true bringer of joy. In taking their lives, he is the giver of ultimate pleasure; and what better gift could there be for the Holidays than eternal bliss?

Every year, for eleven years, Oliver has chosen twelve people, one person for each of the twelve days of Christmas. This year is 12. The final year. This year is personal. This is the year of the 12, payment for all of Oliver’s hard work. And he intends to collect. Eleven victims have already fallen-and Oliver has saved the best for last.

Merry Freaking Christmas. This year, there will be blood.

It was the season where her lust for blood began, where father Oliver led her on a path of killing and taking life-except he called it giving joy for the Holidays.

She has achieved some renown as a performance artist. What the art going public don’t know is that all of her “canvasses” die. She takes them all, the blood hunger Oliver woke in her all those years ago far too strong to ignore.

Hoping to fool Oliver, she intercepts him in the street and leads him back to her apartment, hoping to once and for all give her father the ultimate Christmas gift and end his reign of terror forever.

Lenore plans to kill her father and take back her life this Christmas Eve. However, Christmas has a few gifts planned for her that Lenore doesn’t count on and red, after all, is a colour of the Holidays…

Well, you’ll just have to wait and see! Some gifts are worth waiting for after all…