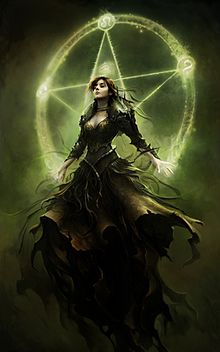 She had found it at last. She had been looking for so long that she had thought the place to be the myth they had said it was in the first place. A junkyard that held anything you could wish for? Maybe even your hearts desire? She had heard so many variations on the myth but the core of it remained the same: a junkyard that held magic hidden in trash.

Cassandra knew that most people had come to the conclusion that it was all fakery, despite what the magic hunters said. However, they didn’t have what Cassandra had, for it was within her very blood that it hid.

She blinked, and it was like a veil came down over her eyes. Everything looked as if it was covered in gauze. Though that gauze, she could see the sparkle and brilliant sheen of magical objects. Cassandra wondered if what she was seeing were object meant for her or other people? She knew what she wished for, what her hearts desire was. She wondered if she would find it here?

Approaching the gate, Cassandra had one moment of worry. Some of the myths told tales of beings that lived within the junkyard. Taking a deep breath, she blinked again to clear the veil and squared her shoulders. She could do this; indeed, she was born for this.

Taking another deep breath, she placed her hands on the gate, meaning to pull it open. When her hand touched the cold iron, she heard the sound of bells. It wasn’t very loud, but she heard them tinkling away from her. When she pulled open the door, they grew louder.

“I wondered when I’d be seeing you.”

Cassandra watched as the shadows themselves seemed to bend and twist their shape until there was a woman standing in front of her. The woman’s skin was grey like ashes and her dress looked to be made of spiderwebs. She positively shone in the dark, like the objects Cassandra had seen before. The woman held a white cup in her hand delicately by the handle and as she looked at Cassandra, she took a sip. Cassandra could smell hot chocolate.

“I am surprised that it took you this long to arrive here.” The woman said as if Casandra hadn’t spoken. “One with your talents…but I understand. You are the Queen’s daughter, after all. Can’t go galivanting off to play in the shadows you hold so dear.”

Cassandra was shaken by the woman’s words. She knows who I am! Cassandra thought. She tried not to show fear. “How do you know of me? What do you want with me?”

The woman made of shadows smiled. “I will answer your second question first: it’s more what you want from me. As to your other question, how could I not know who you are, shining as brightly as you do? It’s not every day that the Fey come to see me, least of all a Princess.”

Letting out a little laugh, Cassandra said “This is the modern world. The Fey don’t exist anymore, or are you not aware of where you are?” She motioned at the junk yard and all the broken things that surrounded them. “How could it survive in amongst all this iron?

The woman blinked at her and Cassandra saw that her eyes were black like obsidian. She took a step and was in front of her in an instant, covering a meter in length in one step. Though there was a breeze that surrounded them, not a hair on the woman’s head moved. In her hand, she still held the cup of hot chocolate and not a drop had spilled. She took a sip, looking at Cassandra with those dark, bottomless eyes.

“Don’t treat me like an idiot, Cassandra. Otherwise, I’ll have to do to you what I did to your poor mother, Demeter.”

Cassandra felt her skin go pale. “That was you? I thought that was Hades and the pomegranate seeds?”

The woman let out a snort. “You believe that drivel? No, it was pure sex with those two, that’s all.” She gave Cassandra a leer. “I just introduced them and…helped matters along.”

Cassandra squared her shoulders. “You still haven’t told me who you are!”

“I’m surprised you haven’t figured it out. After all, you and I share the same gifts and we resemble each other slightly.” Cassandra gave her a blank stare. “No? Well, you’re no fun. Use your gift, dear. It should be easy then.”

Closing her eyes, Cassandra felt the veil slide down over her eyes. When she opened them, the world around her was once again a tapestry of stars and small planet, so bright was the magic held by the objects around her.

She turned to look at the mysterious woman again and gasped. The woman must have dropped a cloaking that had been in place, for she was nearly blinding now. Gone were the cup of chocolate and the dress made of shadows and ash.

Now, the woman was glowing with an internal light, dark hair was covering her like a cloak and she held a staff that was topped with a purple orb. The orb pulsed brightly like a heartbeat. She could be only one person and Cassandra still saw her in her nightmares.

“There now, I knew that we’d get there in the end. That wasn’t so hard, was it?” Morgana almost purred.

Morgana came closer and took Cassandra’s chin between her right thumb and fingers. She didn’t pinch hard, but her touch was as cold as ice. “Now, how about you tell me how you found my domain and what you came looking for, huh? If your answer pleases me, I’ll consider letting you leave alive.”

Cassandra wondered if she should tell the truth. She also wondered if Morgana le Fey knew what the truth was already. She swallowed thickly and began to speak…

4 Comments on “The Shadow Queen – A Flash Fiction Story”