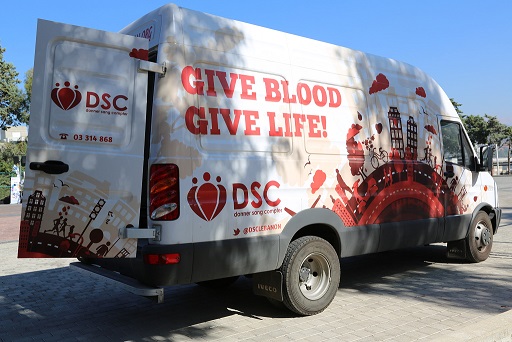 I had to write a piece containing a frog, have it set in a blood drive and be in the horror genre, all within 1000 words. I’m thrilled with how my piece turned out! It’s very appropriate for the coming Halloween!

For a moment, when she woke, she thought she had already died.

In fact, she wished for it, opening her eyes even though she did not want to see what they would show her. She knew only fear and pain and both were somehow exquisite, as marvelous as he had promised, and this frightened her more.

Lenore blinked her eyes. Each time she did, he became a little bit clearer. He’d had work done, of course he had. You couldn’t disappear into thin air without making yourself disappear first. She had been so fucking stupid.

Her hands felt wet and she felt the same wetness along her arms. The tang of iron was strong in her nostrils. She tried to look down, but couldn’t move her head. She heard the steady sound of wet dripping, only it was muffled by the carpet that covered the floor.

Lenore blinked furiously and, as Oliver moved towards her, she was reminded of strobe lights in a club when you could only see pieces of movement before they were in front of you.

She stopped blinking and there he was, but not the Oliver she had known so well. This one had a full head of blond hair and blue eyes whereas the Oliver she had known had had golden eyes that pierced the skin and no hair at all. His cheekbones were different, too, leaner and more angular than they had been. His lips, which had been thin and paper white before but were now supple and rose coloured, were spread into a wide smile showing white teeth.

God help her, his voice was like a caress along her skin. “Please let me go, Oliver. I won’t tell anyone that I met you. There’s no need for anyone to know.”

If possible, his smile widened. “Oh, but you see Lenore, no one knows I’m here anyways. I don’t exist. I am but mist and dreams. If you were lucky enough to get free, you would be able to see that all my identification says my name is Walter Johnson, a perfectly ordinary name.”

“Well, yes, but what makes you think you will survive the night?”

He reached out and ran a hand through her hair, adjusting how it framed her face. “You will never know the thrill I received when you booked an appointment for the mobile blood clinic. What were the chances? One might say that it was fate.”

He let out a laugh and she remembered what he did when he laughed. “Oh no, I don’t think that will do. What kind of sport would it be if I let the meat go? What fun would that be?”

Moving closer to her, Oliver took his hands out from behind his back. In his right hand, he held a long silver knife, like a slice of moonlight. In the other hand, he held a frog. She hadn’t been expecting that and Oliver let out another little laugh at the look of shocked curiosity that he could see on her face.

“Do you know what happens to a frog when you kill it?” He moved closer still. “Would you like to see?” He whispered.

He positioned the knife at the frog’s belly and it gave a wet croak. He slipped the blade into the skin and pulled down in one swift motion. Blood poured from the frog, covering Oliver hand and filling the air with more of the smell of iron.

Oliver did not nothing for a moment. All Lenore could see were the wide, dead eyes of the frog and hear the wet, muffled drip of more blood on the carpet.

Then the frog began to twitch as if filled with some kind of phantom force. It moved as if alive, yet Lenore knew that there could be no possible way. Another sob pushed its way past her lips and then the twitching slowed and the frog was still once more.

Holding the frog out to her, Oliver’s face was filled with mad glee. His eyes were too bright, his smile too feral. “Did you know that, like the frog, our bodies are filled with electricity? Neurons and electrons, shifting and moving underneath our skin, just waiting for that nudge to get us moving? Normally, this comes from our brain, but I’ve found that a knife works just as well.”

He slid the point of the knife along the skin of her arm and she tried to move away from him, tried to shrink her body until it was nothing. “Kill me, then.” She said and hated herself for it. “Just get it over with.”

Oliver’s smile widened even more. “Now, why would I do a thing like that? We’re just beginning to play our game. You do remember how I like to play, don’t you Lenore?”

The scars that he had left along her back, words etched into her skin, seemed to throb in memory. “I do.” She said, almost whispering the words, filled with hate and wanting.

“If memory serves, I never finished what was written here before you helped the police catch me.” He said this with a soft kind of maniacal glee.

Lenore felt his lips kiss her shoulders and she shivered, “People are merely canvasses, Lenore. You remember this. I don’t just paint with blood, I set the words free, waiting to see what it has to give to me.”

As the knife began to slide along her skin, Lenore tried to stay awake knowing that their game was far from done.

She let out a scream that flew into the night, black and ready to receive it.