So here it is! My Best Books of 2017! It was difficult to get it down to a list of just ten books as there were so many amazing and wonderful books published this year.

My normal rule applied: The books on the list could only have been published in 2017. I read close to two hundred books this year, but not all of them were published this year.

Here they are without further ado:

10 – Feeding My Mother: Comfort and Laughter in the Kitchen as My Mom Lives with Memory Loss by Jann Arden

This book broke my heart and mended it again. Part memoir, part cook book, part photo album, in it, Jann Arden writes about her fathers passing and her mothers battle with Alzheimer’s, that difficult and terrifying condition that takes those we know from us, even though their bodies are still there.

The book reads like a diary, as Jann chronicles her mothers decline into the murky forest of forgetfulness. Jann starts cooking for her parents as they used to cook for her, just simple recipes that, in a way, bring them back to each other.

Beautiful and strikingly told. I heart this book. Thanks for sharing your words, Jann. 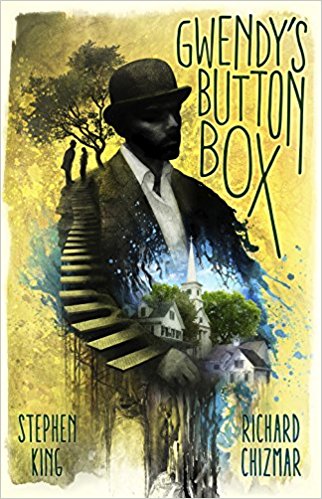 I was very much looking forward to going back to Castle Rock once more. Set in the fictional town of Castle Rock, Gwendy is visited by a dark man. He sees her for what she really is: socially awkward, overweight, unpopular. He gives her a gift. The button box has many secrets and many rewards.

Over time, the box changes Gwendy’s life, but it also holds terrible powers that, if the buttons are pressed, could bring destruction. One day, Gwendy decides to test the box to see what it can do and the results are catastrophic.

A gripping, creepy and welcome return to Castle Rock!

8 – Turtles All the Way Down John Green

Following the success of The Fault in Our Stars, John Green gives us what is ultimately a deeper and more heartfelt book. One with more power.

Asa is a sixteen-year-old girl just like every other teenager, except for the way she lives inside of her head. She lives with depression as a constant companion and it often pulls her down into herself and the downward spiral that she is constantly trying to fight her way out of.

Distracting her is her Star Wars obsessed friend Daisy and the disappearance of Russell Pickett. Even more distracting is his son, Davis. Part romance, part mystery, all consuming, Turtles All the Way Down is John Green at his very best.

I love everything about this novel and Aza and Daisy are still with me.

M. C. Yogi is a yoga practitioner and recording artist. I have loved M. C. Yogi’s music for a long time. It manages to be hip and really creative but it also touches me on a spiritual level and hits home. When I heard that he was coming out with a memoir. I knew that I had to read it.

It tells his story of growing up in the states in a rough neighbourhood and his life that was really lived one day at a time. He didn’t start truly living until he found yoga and that led him to find his spirit.

I loved the gritty way this was told and the heart that it was written with. It is such an uplifting story of a life lived and a heart filled with grace, music and love. I swallowed this book in a two days and felt as if I had lived right alongside him. Grogeous.

There is so much I want to say about this graphic novel. It’s the first time a graphic novel of any kind has ever graced my bet of books list. There’s a reason that this one has. It’s so real and so gritty, so raw, that it goes beyond ink on the page. It seeps into your heart.

Some Assembly Required deals with sexuality, with depression and mental illness, with love and lust and everything in between. Nathan Caro Frechette has created something beyond a graphic novel. It is art in its purest form.

I love Maupin’s novels and I really wanted to see how he would tell his own tale. I wasn’t disappointed. The memoir was filled with his trademark wit, intelligence and with heart and spirit.

I loved how Maupin told his tale of how he went about finding himself and the family of his heart. A truly lovely book.

I loved this book. I couldn’t wait to see how the Shades of Magic would end and I was not disappointed in the least. It touched on every storyline that had been left hanging and gave us the ending we had been hoping for.

It tells the final tale of magician Kell able to travel between realms of the different London’s, Rhy his royal brother, Lila the pirate and thief. It is a story of a kingdom on the brink of collapse and the magic that may help keep it together.

I loved each book in the trilogy, but its rare that I’ve read a final book in a trilogy that satisfied so much on every level. Absolutely awesome.

At the Aux-Anges institute, people are being treated for sleep parasomnias or disorders. There’s Ashley who suffers from night terrors, Terrance who sleepwalks, Kiri who eats in her sleep and Paul who sets fires while in slumber.

Together they try to figure out their parasomnia’s during the day. By night, however, they enter another land. Each of them are someone else and they live beyond their fears. But all is not what it seems and there are more secrets than they can know.

I loved how Parasomnia combined high fantasy with allusions to Nightmare on Elm Street to make something altogether more wonderful, more amazing. I swallowed this novel and can only hope there is a possible sequel in the works. Amazing stuff. 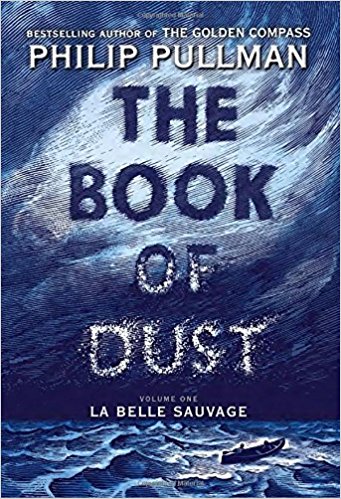 2 – The Book of Dust by Philip Pullman

It’s been seventeen long years since the last book in the His Dark Materials trilogy was published. That didn’t stop people from wanting another book. Pullman had long hinted that another book, The Book of Dust, was in the works.

When it was announced that it was going to be published, I couldn’t wait to read it. It was everything I could have hoped for. We follow Malcom Polstead as he becomes involved in protecting a very young Lyra, a girl that will one day change the world.

It was so good to be back in this world again. It didn’t have the same lyrical quality of the previous trilogy which made it so much easier to get pulled into Malcom’s journey. I can’t wait to see what happens in the next book!

It’s the ultimate in storytelling and has everything you could want: Swordfights, chocolate, love and lust, chocolate, secrets and lies, chocolate, oh and chocolate. I’ve never read anything like Tremontaine and loved every delicious moment. The series, now in it’s third season, is a prequel to the Swordspoint novel by Ellen Kushner. Thankfully, the series stands on its own and is a delight from start to finish.

Tremontaine Season Two pulled me right in from the first page and when I got to the end, I still wanted more. I didn’t just read this book. I got so involved in it that I yelled at it often, shed a tear and laughed out loud quite a lot! The mark of a good story is when you are emotionally moved and Tremontaine: The Complete Season Two has that in spades.